On March 10, 2018, we’ll be heading to Tampa, FL to take part in Cigar City’s annual Hunahpu’s Day. Here’s a little bit from Cigar City about the event.

“Many of our fans have been supporters of the brewery from our earliest days and have seen Hunahpu’s Day evolve from a small group of friends and beer-lovers enjoying a unique Imperial Stout in a warehouse to one of the country’s premier craft beer events, with brewers and revelers traveling from across the globe to our Tampa home. Along the way we’ve put every ounce of our collective energy into making the festival exciting, dynamic, safe and enjoyable for those attending and to accommodate as many Cigar City Brewing fans as possible at the festival. We’ve had highs (the 2016 festival, for instance) and lows (the 2014 festival, for example), but with each festival we look for ways to better serve our fans and supporters.” 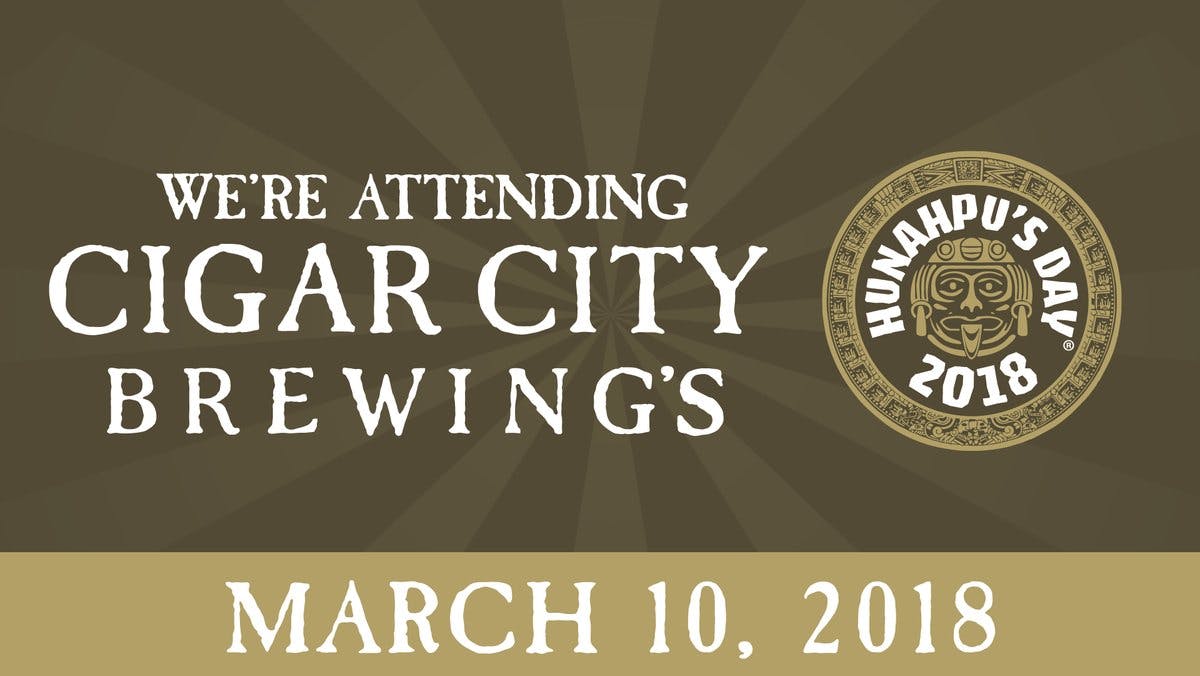