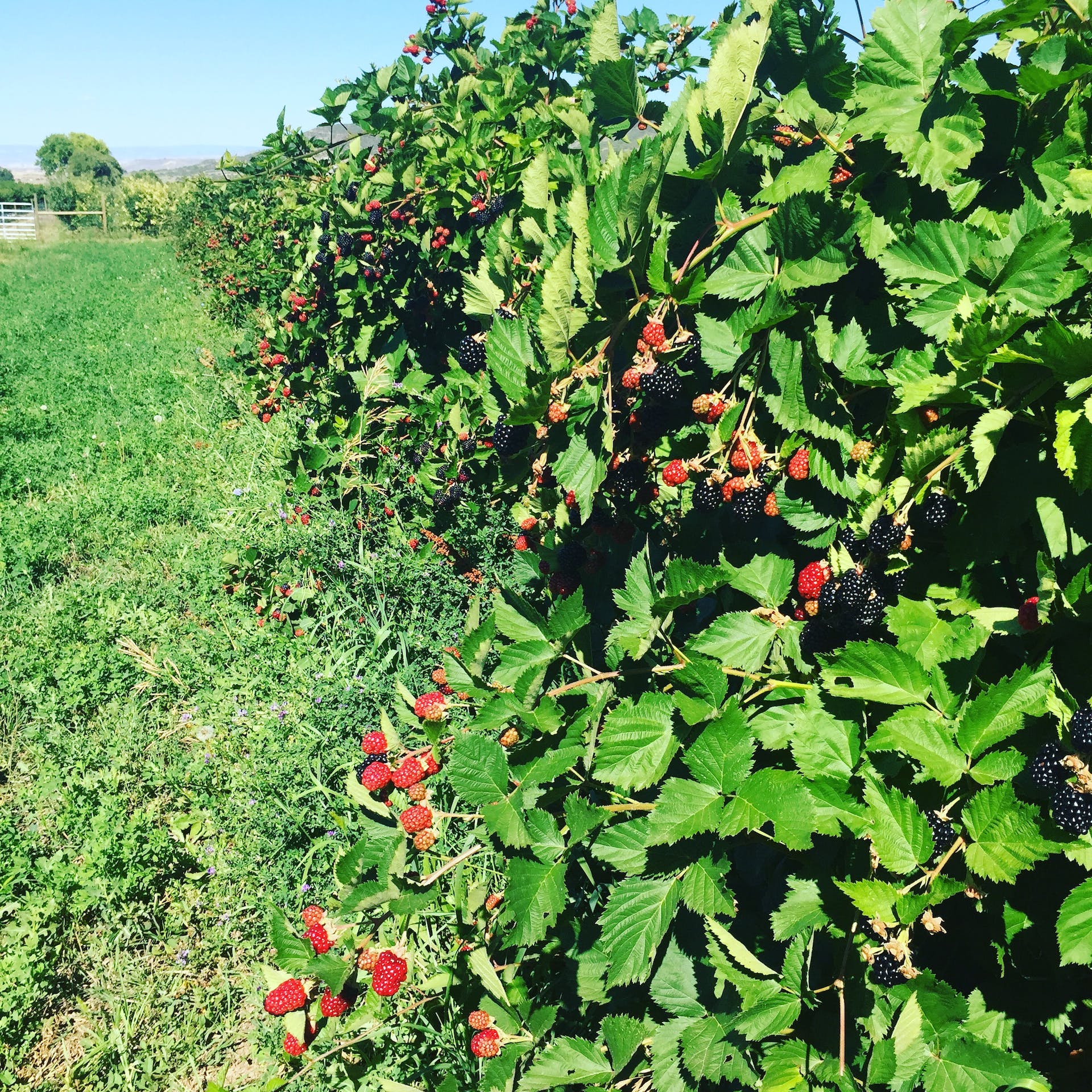 Just one of the many rows of blackberries at our grower’s field in Hotchkiss, CO.

One of the easiest fruits to use in sour beer are berries. They bring amazing flavor and additional acidity to the beer. While raspberries are historically the most popular, they’re not grown in significant quantities (yet!) for us. We’re lucky to have access to amazing blackberries, which are keeping us busy around the cellar this time of year!

In my previous job at Coors, we made a beer called Framboise Noir that was a dark sour aged with whole blackberries. Once we started using fruit in the summer of 2014, I contacted that grower in Cederedge, CO and drove out there and got a few pounds for our first Blackberry Fruit Stand.

I checked in with them the following winter, and they told me that they had a couple hundred pounds still frozen from the summer! I was so excited; it’s very hard to find frozen fruit in Colorado if you don’t do it yourself (which is why we have at least 9 chest freezers here to freeze the berries and cherries we use in the winter). I got those berries, made some beer, and was confident I had a great connect for blackberries for future summers. I was wrong.

Blackberries usually start to come off in August. I called my grower around July 2015 to ask how the berries were looking and what I could expect. They were proud to inform me that they had ripped out all their blackberry bushes and planted peach trees instead. What? They apparently preferred the easy sell of peaches. I was crushed and immediately started trying to find a new source. 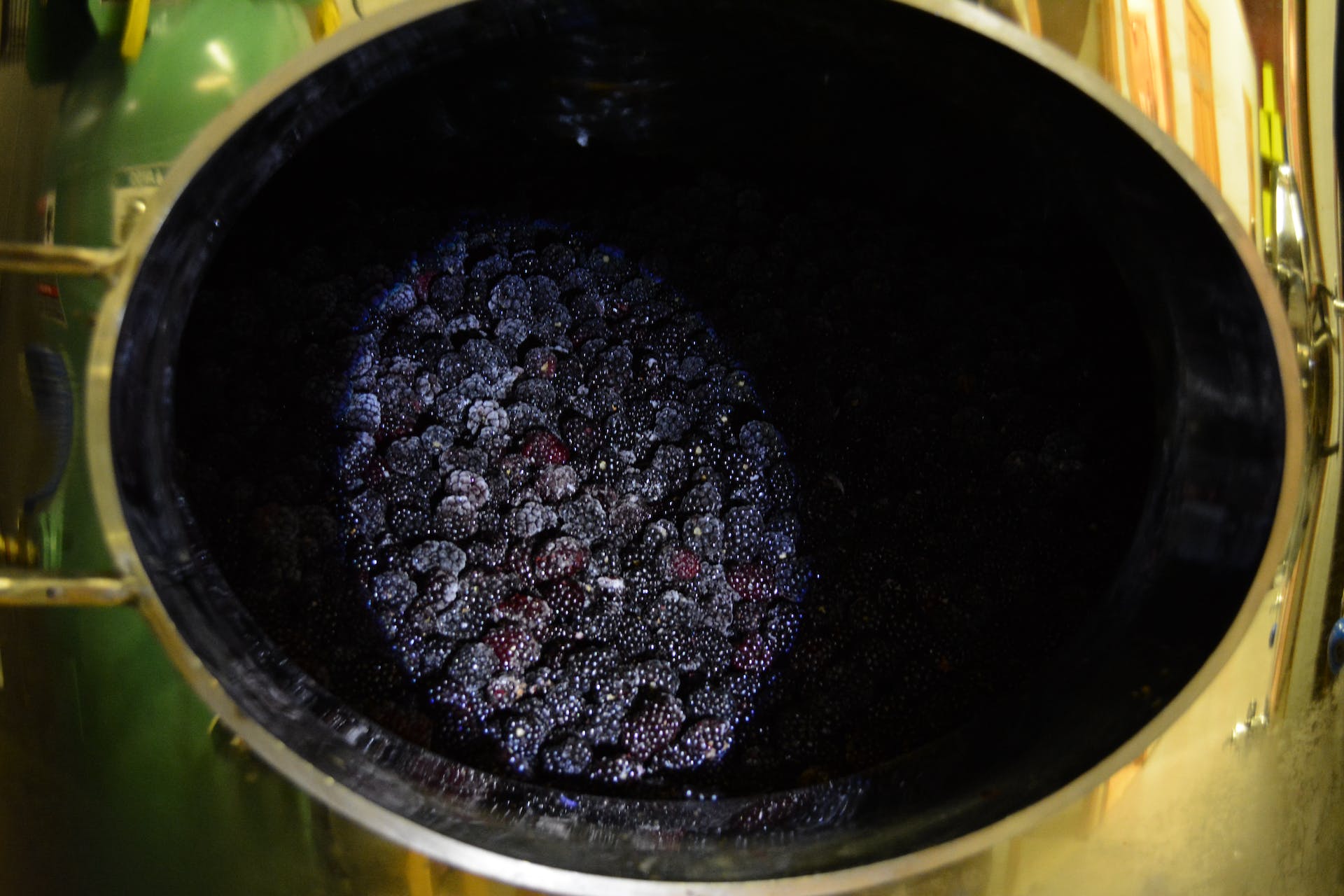 Blackberries defrosting in one of our fruiting tanks. Notice the frost and how much room the berries take up. After about 3 days, we’ll rack the base beer onto the fruit and allow it to referment for 4-8 weeks

A customer told me he knew of a grower in Hotchkiss who had some blackberries he was trying to sell to local restaurants. I contacted him and found out they grew thousands of pounds of blackberries, but were struggling to sell them since their restaurant customers only wanted a pound or two at a time. Even they were close to ripping them out and planting something else.

We started buying from him in 2015 and bought about 1,800 pounds. In 2016, we bought about 4,000 pounds. Last summer, we bought over 5,000 pounds of his blackberries. Every berry we get is frozen right after picking. We use what we have room for in the fall, and save the rest of the berries to use during the winter since they freeze so well.

He told me that if it weren’t for me, he would have ripped out all his bushes and planted something else. We currently have an agreement to purchase every single blackberry they grow.

Berries are the most expensive fruit we purchase. While big farms in the Pacific Northwest have much more automation, the smaller farms here in Colorado must do all their work by hand which makes for a more expensive product. We’re happy to pay for that level of quality and to see the benefits that purchasing locally has on our community. 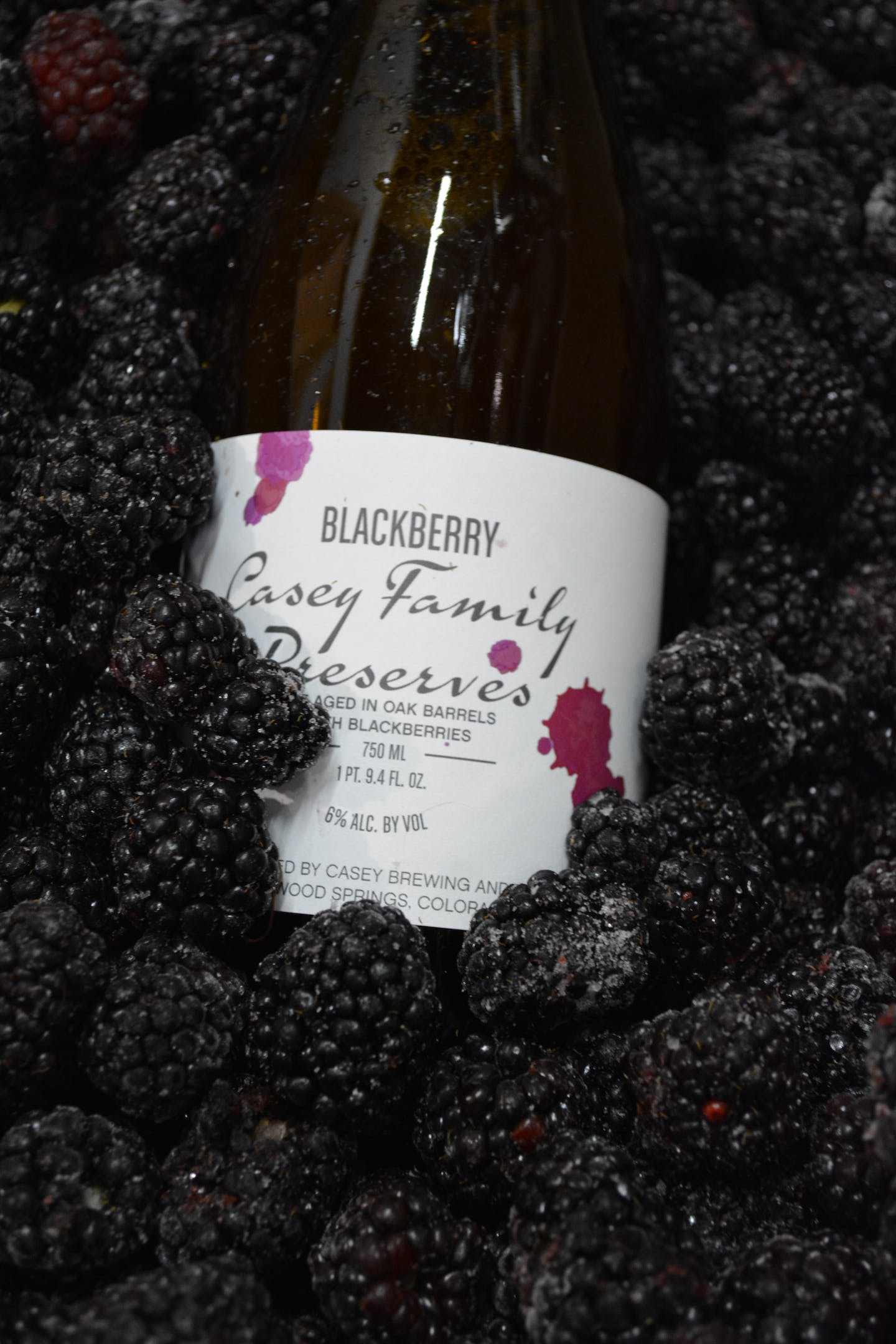 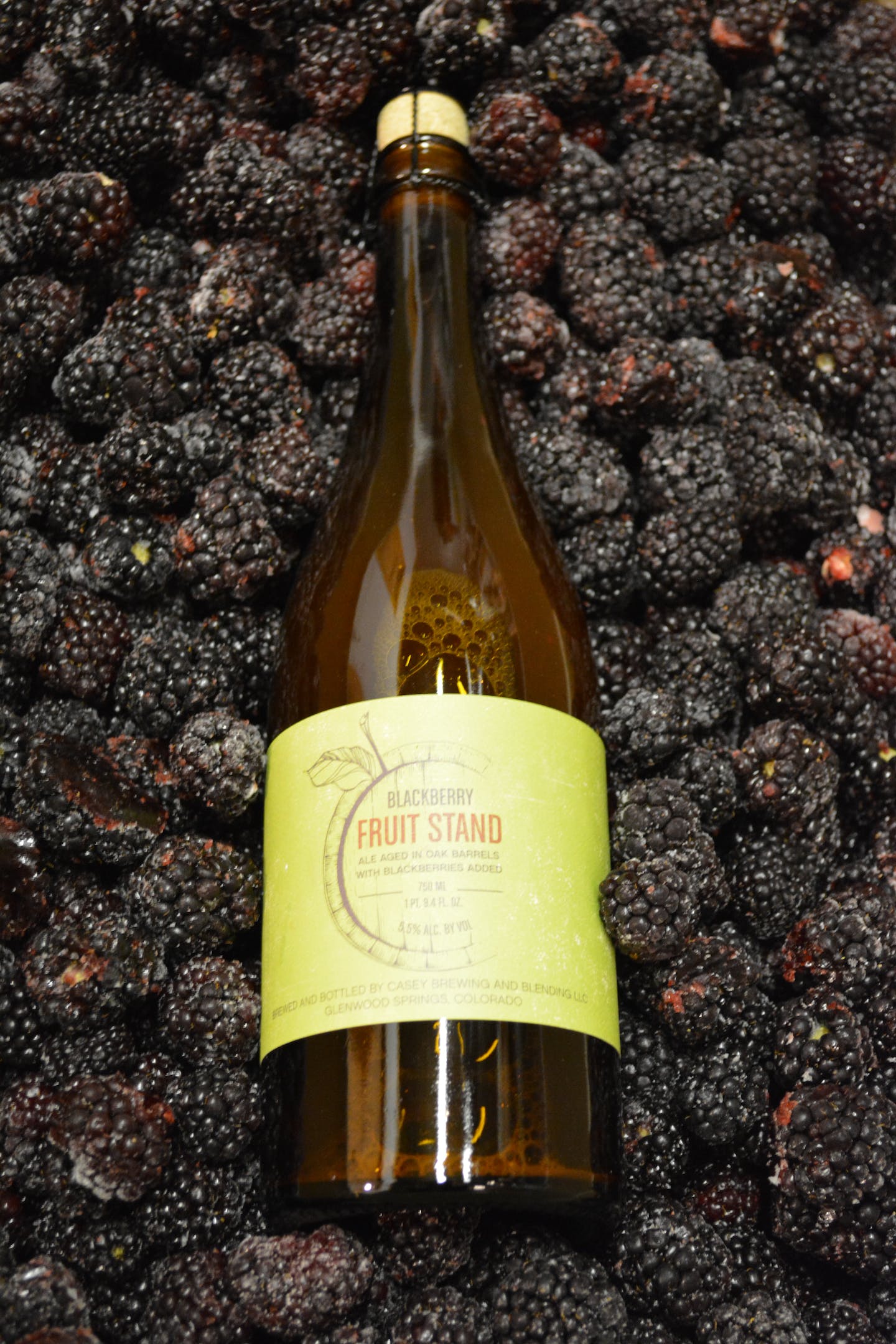 Last year we experimented a lot with blackberries. We’ve used them with raspberries, cherries and even dark plums. We look forward to trying them with other Colorado fruits we use such as grapes.

We’ve got 2 new blends coming out that are great examples of our blackberries. Blackberry East Bank is made with 4 pounds of berries per gallon of East Bank. The delicate malt sweetness enhances the perceived sweetness of the berries. Blackberry Bourbon Biere de Garde is our Biere de Garde recipe fermented and aged in Breck bourbon barrels, then refermented on blackberries at a rate of 3.3 pounds per gallon. Each sip allows for a different component of the beer to shine. I drew inspiration for this blend from Leopolds Blackberry Whiskey, so delicious.

And lastly, look out for Blackberry Funky Blender. We made that one with 6 pounds of blackberries per gallon and plan on releasing it during our 4 year anniversary the first week of July.